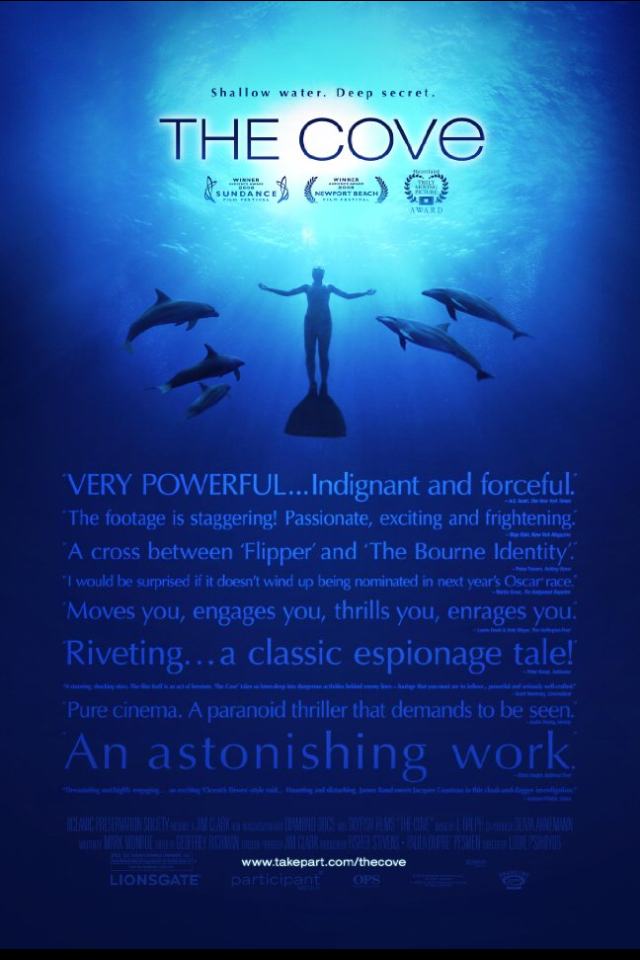 I enjoy almost any documentary movie that I watch to be honest even if I not totally into the subject matter. Black Fish had a large impact on me and I’m in no way an animal lover. I’d rather people just left them alone.

The Cove is a gripping insight into a place we were not meant to see. The subject is dolphin slaughter in a cove of Japan. The Japanese government try to make out nothing is going on against sea life but the team of activists are desperate to record what REALLY goes on in this out of sight nook.

When you see the images caught it’s a sight which is going to stay in your vision long after the film has ended.

It packs a real punch especially as it follows the trainer of FLIPPER of all dolphins who in a change of heart is trying to release the animals rather than train them.