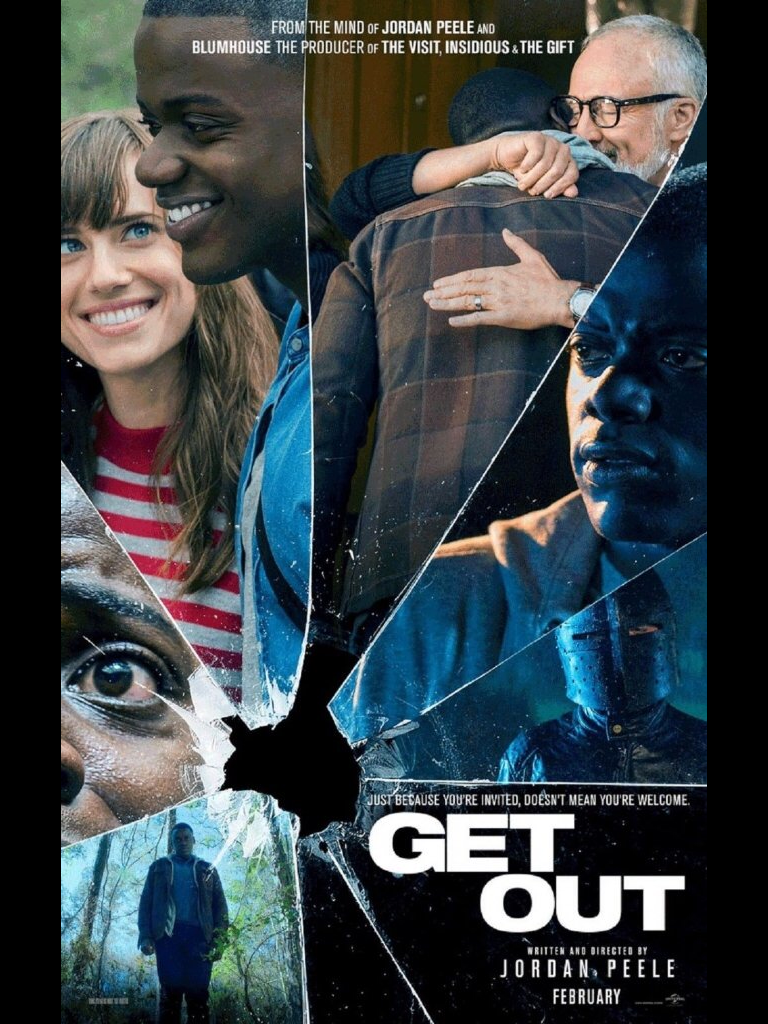 Daniel Kaluuya (who so brilliantly played Tea Leaf in Psychoville) is Chris, an African American boyfriend to white girl Rose, played by Allison Williams. She is taking Chris home to finally meet the parents and Chris is worried that the whole black white thing may crop up. But on the surface it seems not at all. Except the two black home helps seem out of it somehow, weirdly docile and if anything, acting like upper class white folks.
I routed for Chris all the way and when the families true intent is uncovered, the proverbial hit the fan. There’s a great tension building and it’s just a matter of when the cork is going to pop. It’s not horror as such but it’s dramatic tension may have you gripping the arm rest. I was really impressed with the conclusion which attempted something less straight forward and yet still simple.

This is an effective little film which is a thrill ride with laughs.