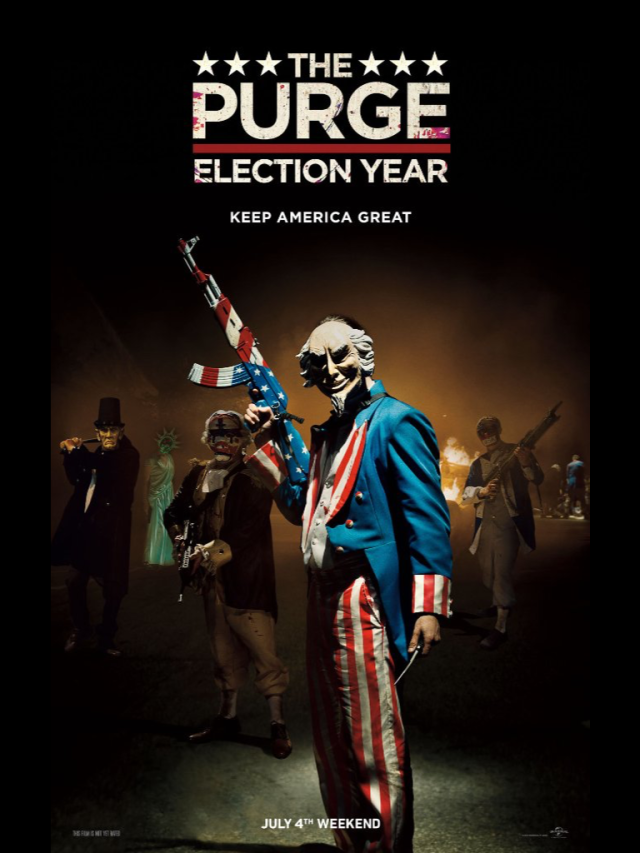 Frank Grillo stars yet again as Leo who is now head of security for a senator played by Lost’s Elizabeth Mitchell. It just so happens that this is the first year that nobody is exempt from the purge so security is heightened. For those who didn’t know, the purge is an annual day where killing is legalised for twelve hours so that society can let off steam. It sounded ludicrous for the first film but I’ve grown accepting of it. Naturally things go bad and Frank and the senator end up on the streets. Come on, that’s not a spoiler, it would be rubbish if that didn’t happen. Also making an appearance is Bubba from Forest Gump, Myketti Williamson who runs a store and gets dragged into the conflicts. This time we have a baddie who is fashioned on some sort of nazi thug and to be honest she doesn’t get enough screen time. Outside of the protecting the senator thread we get further glimpses of the gangs on the streets and there tactics on the streets. The whole political angle wasn’t exactly where I wanted things to go for film three but I’ll take it. It’s true that this is the weakest one to date but I still feel it keeps its head above water. There’s blood and fighting and a cult of sorts so what more do you need for a good purge?