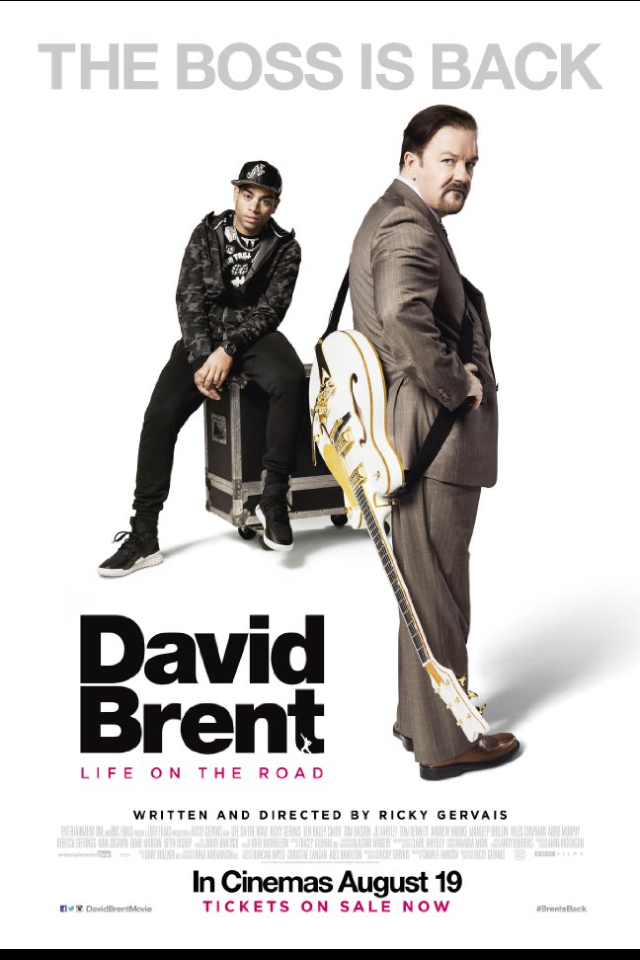 Although I class myself as a Ricky Gervais fan, there’s a lot of stuff of his which I don’t like. That said, Brent is my favourite character he’s done. This film crew follows Brent’s attempt to do a few self funded gigs which he refers to as a tour, but his reluctant band mates see as just any excuse to play. The movie follows Brent which highlights his questionable lyrics, irritating persona to be around and blind faith that he’s going to get signed.

At first I thought the setting of him being in an office of reps surrounded by carbon copies of Lucy the secretary, Gareth the sycophant and a watered down bunch of the other stars of The Office was a misstep. But by the end I somewhat preferred that to seeing him die on stage so many times.

Even that gripe has to be ruled out though as this is about his musical endeavours.

So is it funny? I laughed consistently and feel this is as good as the recent Alan Partridge movie. You may not.

The use of Doc Brown as his part time rapper who has more talent in his baseball cap was a good move as it breaks up the threat of too much Brent.

I enjoyed this through the squirming embarrassment and awkwardness that David Brent brings.
The emotional journey is bang on as you want him to succeed and feel deflated when he’s down and elated when he gets good news.

A really sweet, funny film which celebrates the idiot who want better things regardless of being low on talent.
(See also, Britain’s Got Talent)